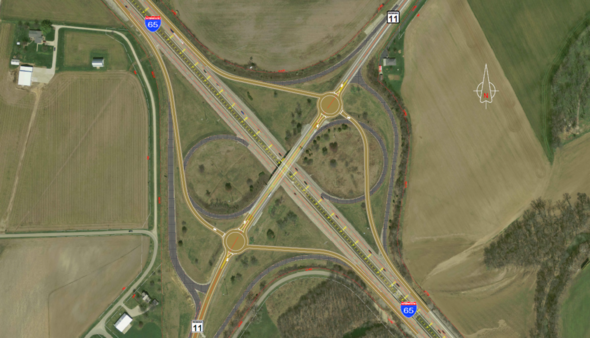 (JACKSON CO.) – Indiana Department of Transportation contractor E&B Paving Inc. plans to close the S.R. 11 interchange at I-65 in Jackson County (Exit 55) on or after Monday, August 10, to begin work on a $7.8 million reconstruction project.

The interchange project is a safety improvement being added to the $143 million added travel lanes contract on I-65 between Seymour and Columbus, following a pattern of serious crashes at or near the interchange, including three fatalities. By utilizing the existing contract and contractor, the work can be completed in a quicker time frame, providing benefits to motorists sooner rather than later.

Drivers are reminded to slow down, use extra caution and travel distraction-free through all work zones. All work is weather dependent.