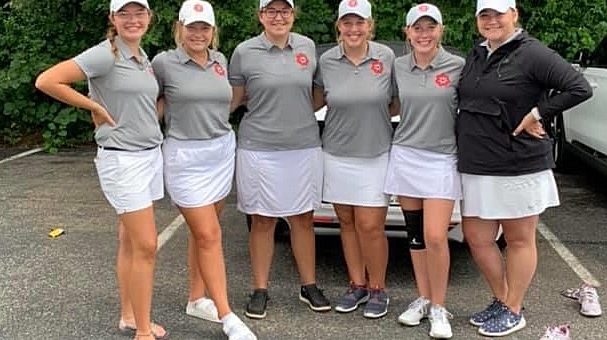 The Stars, competing in an event with five teams ranked in the top 10 of the preseason poll, carded a team total of 334. No.2 Evansville North won the season-opening tournament with a sizzling 286, edging Carmel (which shared the No.2 ranking behind Homestead) by one stroke.

For BNL, senior Olivia Sanders led the way with a 79 that included an eagle and birdie (the first and third holes). Her only major glitch came on her final hole (the 6th, with sand trouble).

“For the first tournament, breaking 80, I will take it,” Sanders said. “My driver and wedge games were good. The only thing I struggled with was my sand game.”

“I think they played pretty well,” said BNL assistant coach Kori Johnston, who was guiding the team while head coach Aaron Sanders recovers from illness. “I was proud of Chloe. That was awesome for her first tournament. They all did a good job.

“From 1-5 in the lineup, they have improvements to make and they’re capable of shooting better scores. They all know that.”

At the top of the leaderboard, Evansville North’s Faith Johnson and Carmel’s Katie Kuc tied for medalist honors with 4-under 68s. Carmel’s Michaela Headlee fired a 70.

BNL will be back in action on Wednesday in the Seymour Invitational at Shadowood.