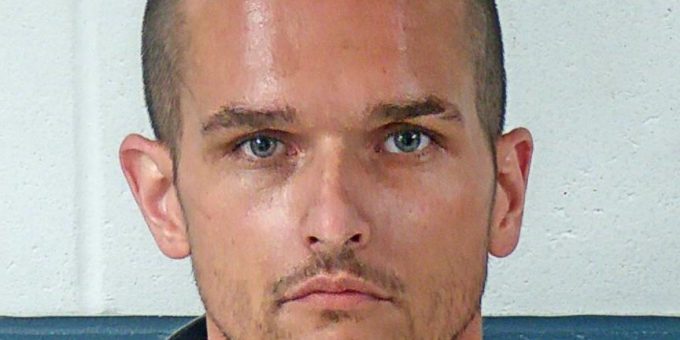 (BEDFORD) – A Terre Haute man was arrested Thursday after Bedford Police officers received a report of a man slumped over the steering wheel of a vehicle at O’Reilly Auto Parts on 16th Street.

“Reynolds was lethargic and unaware of his surroundings,” said Chief Terry Moore. “After exiting the vehicle officers located a glass smoking device in his pocket and a large sum of money.”

A police K-9 was requested and alerted officers to possible drugs in the vehicle.

“While searching the vehicle officers located methamphetamine and several individual bags of methamphetamine consisting with dealing and five different types of a controlled substances in various amounts that Reynolds did not have a prescription for,” Chief Moore added.