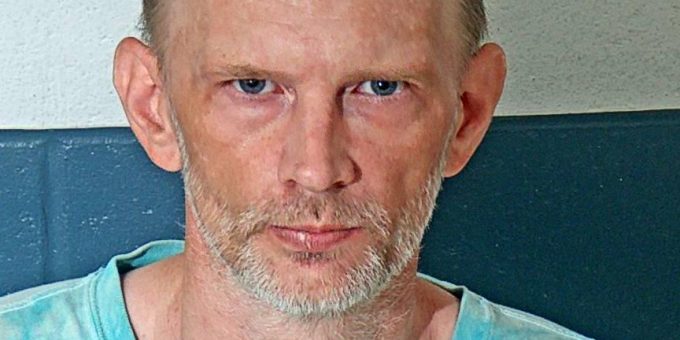 (BEDFORD) – A Bedford man was arrested Thursday on a warrant on charges of driving his vehicle while intoxicated after he crashed his vehicle on 33rd Street on July 15th.

Bedford police arrested 43-year-old Kevin Shaw on charges of operating a vehicle while intoxicated endangerment, OWI with a prior conviction and leaving the scene of an accident.

According to a Bedford Police report, officers were called to the 2230 block of 33rd Street after a report that a male driver in a silver Jeep had struck a Duke Energy pole in front of a house.

After striking the pole, the driver continued traveling west on 33rd Street and the caller lost sight of the vehicle.

Officers located the vehicle in the 2320 block of 33rd Street and spoke with Shaw. He admitted to driving the vehicle and striking the pole. His 2008 Jeep Compass had heavy damage on the front passenger side.

Shaw was taken to a local hospital for a blood-draw and was issued a summons to appear in court on a charge of leaving the scene of an accident. After learning Shaw was intoxicated a warrant was issued for his arrest.