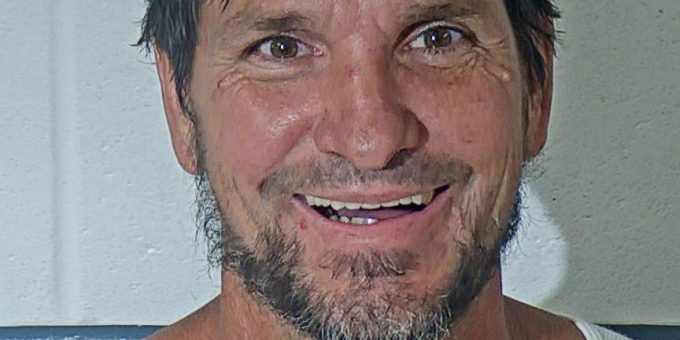 (BEDFORD) – A Bedford man was arrested Tuesday night on a warrant charging him with domestic battery.

According to a probable cause affidavit, on July 15 at 3:28 p.m. Bedford Police officers were called to a home in the 2030 block of 13th Street after a man requested to speak to an officer.

The man told police he wanted to file charges against his father Joseph Wells for pushing him.

The man told police he and his fiancee went to the store to buy a few items and then returned home. The man told police he was parking his vehicle and misjudged his turn and sideswiped his father’s vehicle. The man finished parking his car and got out to see if there was any damage to his father’s vehicle. He says there was a damaged hub cab and a scuff mark that was about three feet long along the driver’s side of the vehicle.

The man says his father was on the front porch when the accident happened and immediately came to where the vehicles were parked. The man told his father his car is out of alignment and that the steering is very loose.

That is when Wells began yelling profane language at his son and stated he would rather “shoot himself” than drive his son’s car.

While Wells was yelling the son left and went upstairs to gather a few items he needed for his daughter so that he could leave.

Wells continued to yell at his son and his fiancee. The two then left the home and went to a residence in the 2030 block of 13th Street.

The son then walked back to his father’s home in an attempt to “smooth things over” with his father.

The son told police Wells was agitated and began yelling again and walking toward his son and then get into his face.

During this second altercation, Wells began cursing at his son and shoved him with both hands. The son says he turned around and walked out the door in order to deescalate the situation. His father apparently kept yelling at him as he walked away.

The son then walked back to his grandparents and called police.

Police spoke to all involved, but Wells denied ever pushing his son. He did state that he grabbed his son’s arm and pulled him close to try and get his attention but never shoved or pushed him.