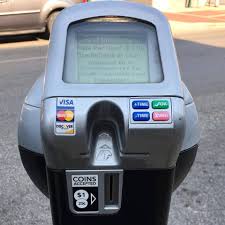 (BLOOMINGTON) – The City of Bloomington is implementing two measures August 1 to maximize the availability of downtown parking upon the return of the university population and to support the local economy as part of Mayor John Hamilton’s Recover Forward initiative.

Parking at metered spaces will again be monitored starting August 1 from 8 a.m. until 9 p.m. Monday through Saturday.  The City had since the outset of the COVID crisis offered the first two hours of metered parking free of charge to facilitate access to downtown establishments.  Reinstating metered downtown parking will prompt regular turnover when demand for the spaces increases next month.  (Meters accept payment by coin, debit/credit card, or the ParkMobile app.)

Also starting August 1, 54 spaces over 30 blocks will be designated as 15-minute free pick-up/drop-off (PUDO) spaces in a pilot program.  Free, short-term parking at dedicated PUDO spots in commercial zones across the downtown will ease the transition and facilitate the curbside pickup model to which many area restaurants have recently transitioned.  The PUDO pilot has been approved by the Board of Public Works to continue through September 30, after which it could be extended by temporary order or council vote.

“These changes anticipate the increased activity we’ll be seeing downtown in the coming weeks,” said Mayor Hamilton.  “By keeping regular parking spaces turning over and allowing folks to park free while picking up food orders, we’re trying to make it easy and safe to patronize our downtown businesses as they rebuild.”

One to two PUDO spaces will be designated per block, by affixing signage to the meters.  Parking enforcement staff will monitor compliance of the 15-minute limit at the PUDO spaces.  An interactive map of PUDO spaces in downtown Bloomington is available here.

Reactivating metered parking and adding PUDO zones to downtown parking options are two actions the City is taking to promote the competitiveness and recovery of locally owned, downtown-based businesses in the retail/restaurant sector, as part of Mayor Hamilton’s Recover Forward initiative.  Effectively stimulating and supporting economic activity in peer communities as well as much larger cities across the country, the PUDO parking model is being piloted in Bloomington with the support of the Greater Bloomington Chamber of Commerce and Downtown Bloomington, Inc.