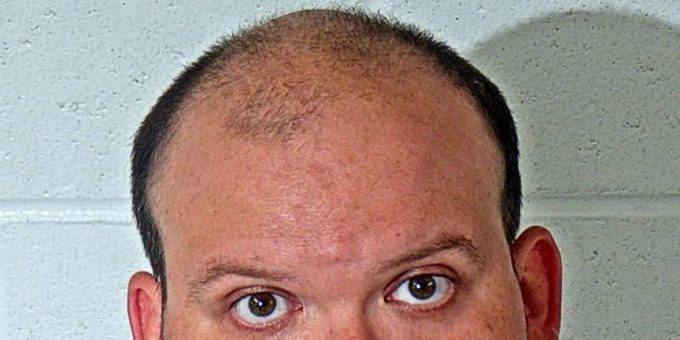 According to a probable cause affidavit, on February 10, 2020, Bedford Police Officer Dakoda Emmons was asked to check on a disabled vehicle on Fifth Street near the intersection of State Road 37.

When Officer Emmons arrived he spoke with Butcher, who was driving the vehicle. Butcher told Officer Emmons he had ran out of gas and someone was on the way to help him.

“While speaking with Jordan, I noticed he had a firearm in the vehicle. He also advised there was another firearm in the driver’s door which was accessible to him,” wrote Officer Emmons. “I removed the firearms from the vehicle for my safety. The firearms were a Taurus G2C 9mm and a Smith and Wesson SD9 9mm. During my interaction with Jordan, he was sweating profusely and seemed very nervous.”

Officer Emmons asked Butcher if he had anything else in the vehicle. Butcher gave police permission to search the vehicle.

“He advised there was ‘marijuana stuff’ that we would find,” he added. “I asked Jordan to step from the vehicle when he exited the vehicle, he advised there was a knife in his pocket. I then went to remove the knife, when doing so, his front jacket pockets were open where I could see a clear plastic zip-top bag containing a crystal-like substance.”

The substance tested positive for meth.

During a search of the vehicle, there was another Smith and Wesson .38 caliber located in the front passenger seat. Under the front driver’s seat, police found a black digital scale. Inside the console, there were five white capsule-shaped pills and a metal grinder containing marijuana. In the front passenger seat, there were multiple clear plastic zip-top bags that contained meth, a green and black container that contained marijuana and a container that contained a waxy-like substance. There were also multiple cut straws located.

Butcher was transported to the Bedford Police Department for processing and to the Lawrence County Jail for housing. While at the jail, it was learned that Jordan was in possession of four orange circular-shaped pills. A clear plastic bag was also located, which contained meth.

In total police seized more than 3.57 grams of meth. The pills found were identified as Buprenorphine Hydrochloride and Naloxone Hydrochloride which are Schedule III controlled substances.