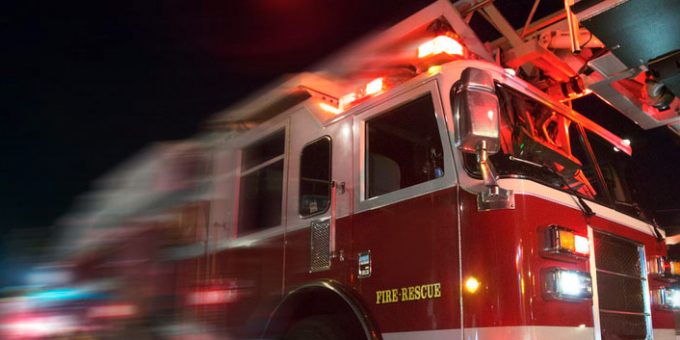 The department was initially called to a possible explosion and fire inside a residence and was unsure whether anyone was inside the residence.

However, when firefighters arrived they found flames and heavy smoke coming from a garage behind a residence at 1364 Moto Cross Road.

According to fire officials, the electric meter had been removed from the garage but the powerlines were still in place.

Daviess/Martin County REMC was called to shut off the power. There was no one at home or in the garage when the fire occurred.

According to Marion Township Fire Chief Paul Gilespie, “the back door of the residence was open when we arrived. Crews searched the residence for anyone injured or the property owners; none were found.”