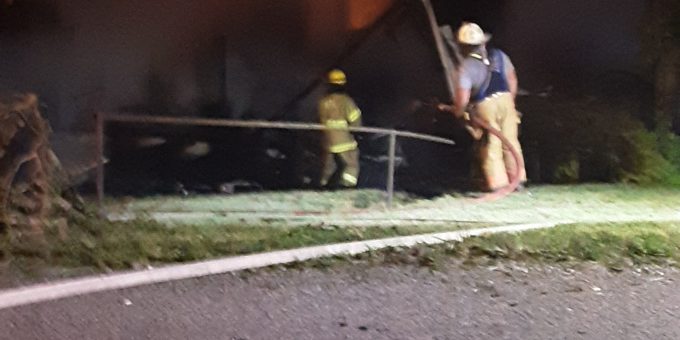 Firefighters responded to the fire at 3:13 a.m. on Sand Hill Road, just north of Prospect. The fire had spread to trees surrounding the home. The house was fully engulfed in flames when firefighters arrived.

Firefighters were at the scene for several hours making sure the blaze was completely out and looking for any hot spots so the fire would not reignite.

Duke Energy was contacted to disconnect electricity to the home and from powerlines that were on the ground.

No one was injured while fighting the blaze. According to Orange County Rural District 1 Fire Chief Richard Blake, the cause of the fire remains under investigation. He does not believe anyone was living at the residence when the blaze occurred.