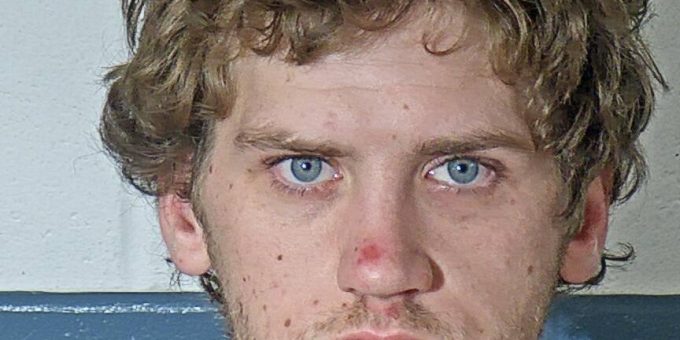 McDonald remains at large and wanted a felony warrant for petition to revoke and new charges of criminal recklessness with a deadly weapon, resisting law enforcement by fleeing, possession of meth, and possession of drug paraphernalia.

McDonald should be considered armed and dangerous.

According to Sheriff Mike Branham, on Wednesday at approximately 3:45 p.m. an undercover deputy from the Lawrence County Sheriff’s Office was in an unmarked car conducting surveillance on a mobile home at 11 Wells Lane in Springville due to reported alleged drug activity.

Anyone with information on McDonald are asked to call the Lawrence County Sheriff’s Department at 812-275-3316.