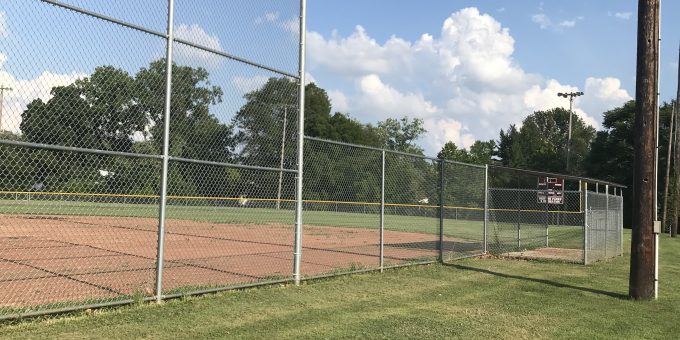 (BEDFORD) – The Bedford Parks Department and Bedford Mayor Sam Craig will be announcing a location, date, and time for a public hearing to hear feedback on whether the Wilson Park ballfield should become a dog park.

The Boys and Girls Club seldom use the ball field and some citizens have expressed interest in having a dog park within the Bedford Parks and Recreation system.

The decision will depend on how the public feels about the proposal.

In other business, the board approved a contract with Serv-Pro from Bloomington to begin Phase 1 of the Red Brick renovation. The building was damaged by a fire earlier this year. Serv-Pro submitted a bid of $53,222.68 and Taylor Quality Cleaning/Restoration submitted a bid of $74,428.

Phase 1 of the project will include mitigation and clean-up of the building, preserving the architectural design and features of the building because of its historical significance.

Phase 2 is the construction phase repairing damage caused by the fire.

The Brookside Park playground equipment replacement is almost complete. All that remains is laying mulching in the play area.

This Saturday Bedford Parks Department will be hosting a Disc Golf Tournament. There is still time to sign up to play. The tournament will be held at the new disc-golf course at Otis Park.

The Murray Park ball fields now have all new scoreboards in place, and the softball season has begun.

This year there are approximately 27 teams for church leagues which is down from last year. The yearly average of teams is 65-70 but with all the things happening this year it was expected. Social distancing and recommendations from the Softball Association are being followed.

League teams of men’s, women, and co-ed have begun with games played on Mondays, Tuesdays, and Thursdays.

The Butch Fish Tournament raised more than $1,200 last week for the Santa House.

The Murray Forest Park All-Nighter Tournament will be held August 28-30.

Golf-Pro John Bertges reports there is a steady amount of golfers and his junior golf instruction began this week and another session will be held next week.

“I am pleased with the amount of play that is being done at Otis Park,” said Bertges.

The 2020 Golf Tournament Schedule had a few cancellations this year which included the Stenger Memorial and the Claude Akins Tournament. The Men’s Warming Center will have a tournament on August 26 with a shotgun start at 8:00 a.m.