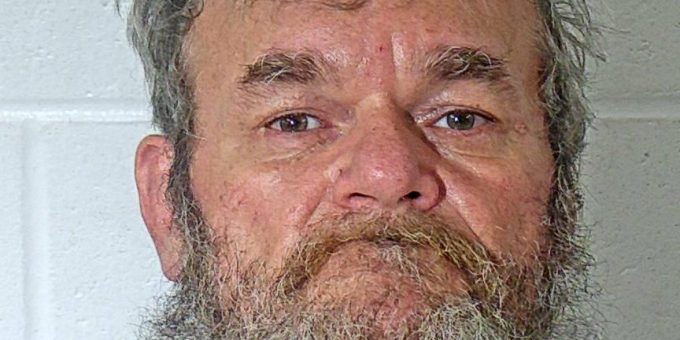 (BEDFORD) – A man was arrested Tuesday afternoon on a warrant charging him with intimidation and pointing a firearm at another person.

According to a probable cause affidavit, on Saturday, June 6 a man called the Lawrence County Sheriff’s Department requesting to speak to an officer about threats he had received at his home in the 50 block of Oak Hill West.

The man told police his ex-girlfriend’s father, Tony Rollins, had pointed a loaded firearm at him and his 6-month-old son on Friday, June 5.

The man told police he was reluctant to call but the more he thought about what occurred and with his son being involved he felt he needed to report the incident.

The man told police that he and his girlfriend of several years had recently separated.

On the morning of June 5, the man woke at 6 a.m. to find Rollins in his home. Rollins was holding the couple’s baby and had a handgun in his hand. The man asked Rollins to put the handgun down. The man said Rollins was mumbling and he couldn’t tell what he was saying.

The man took his son and then walked toward the garage. That is when Rollins pulled the slide back on the gun, chambering a round. Rollins then pointed the gun directly at the man and the baby and said, “I will blow you away with your boy in your arms.”