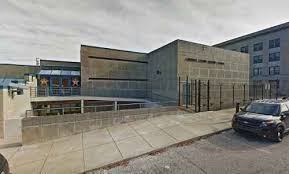 (BEDFORD) – Work will begin at the Lawrence County Security Center.

Sheriff Mike Branham told the commissioners Tuesday morning that TC Welding will begin repair work on the railing along the front ramp of the jail on Wednesday.

The cost of the project is $2,800 and will be paid from the building maintenance fund.

“Work will begin on the upper ramp and then work will take place on the lower level,” said Sheriff Branham. “As soon as that is done we will paint.”

New lighting will also be placed around the security center.

The commissioners approved Duke Energy to replace the eight light poles around the jail with six new poles with LED lighting.

“These will better match the lighting that is currently around the downtown area,” said Sheriff Branham.