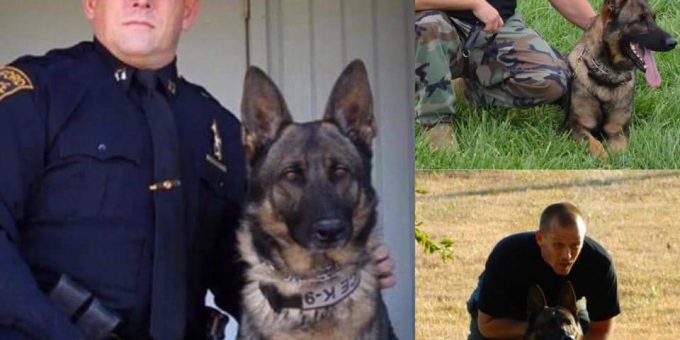 (BEDFORD) – The Board of Works accepted the resignation of Bedford Police Major Jeremy Bridges as one of the department’s K-9 handlers as well as the retirement of his K-9 partner Ciro.

Ciro began his service with the department in 2011. His final day was June 16, 2020. Ciro is suffering from degenerative myelopathy, a hip disorder that will be very painful in the coming months.

At the conclusion of the Bedford City Council meeting, Councilman Ryan Griffith got emotional as he paid tribute to both Bridges and Ciro.

“They have been an integral part of the department and community. Both being involved with search and rescues, drug searches, multiple arrests, detaining fleeing suspects, community and school demonstrations and much more,” said Chief Terry Moore.

The Board of Works also approved for Major Bridges to care for Ciro in his final days.