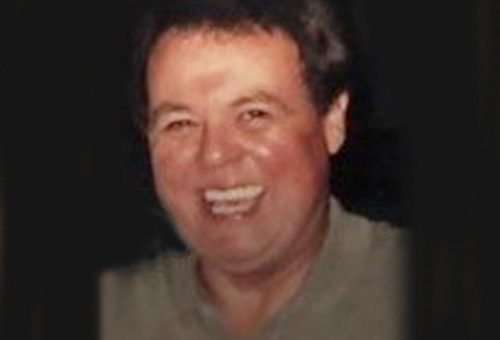 Gary Linn Eager, 73, of Mitchell, passed away peacefully on Friday, July 17, 2020, surrounded by his loving family.

Gary was a member of McDonough Road Baptist Church in Fayetteville, Georgia. Locally, he attended Spice Valley Baptist Church until he was hampered by failing health.

After graduating from Mitchell High School in 1965, he enlisted in the US Navy, serving three tours in Vietnam.  After returning from military service, Gary obtained a Bachelor of Science degree in Criminal Justice from Indiana State University in 1973. Later that year, Gary started a long and distinguished 28-year career in law enforcement becoming a police officer with the St. Louis Metropolitan Police Department.

In 1975 he earned a Master of Arts degree in Administration of Justice from Webster College in St. Louis, Missouri.  After five years as a police officer, Gary was appointed as a United States Postal Inspector assigned to Chicago, Illinois. He primarily worked external crimes against the United States Postal Service which included armed robbery investigations, and extensive undercover work such as murder-for-hire cases and covert purchases of stolen government property.

While working in Chicago, Inspection Service management advised Gary a “contract” had been placed on his life.  He was told to refrain from further gang-related investigations and to consider the relocation of his family. Instead, in true Eager fashion, he quickly located the leader of the gang and arrested him ending the problem.

After just 6 years as a Postal Inspector, he was promoted to Team Leader of External Crimes in Cincinnati, Ohio.  He served as a working supervisor for 17 years in various positions including Regional Program Manager for External Crimes for the Southern Region in Memphis Tennessee.

He finished his distinguished career in Atlanta, Georgia where he led the External Crimes Team and headed the Financial Security Team for the 1996 Olympic Games in Atlanta and assisted in the initial investigation of the Olympic bombing.  He retired in 2001. He also served as an advisor to the 2002 Winter Olympic Games in Salt Lake City, Utah.

In 2005, Gary returned to the Mitchell area and reunited with family and friends.  He taught criminal justice courses at Ivy Tech in Bloomington, Indiana for approximately 2 years until his health began to deteriorate because of Agent Orange related issues.  He always made time to provide counsel to law enforcement officers across the country.

Gary was full of life and could add a humorous twist to almost any situation. An obituary cannot accurately portray his sense of humor and timing.  Although filled with sadness, the family looks forward to hearing “Eager stories” at his Celebration of Life. As he battled a multitude of health issues, Gary told a dear friend that he was not worried in the least. He was a winner regardless of the outcome.   “He would survive to live on, or he would be met at the pearly gates by Beau-his beloved Golden Retriever.”

He dearly loved his family, friends, and dogs. He served as Postal Inspector agency president and National Chapters Director for the Federal Law Enforcement Officers Association.  He was a member of the American Legion Post 250, the Veterans of Foreign Wars Post 9107, Spring Mill Fraternal Order of Police Lodge 172, and the National Association of Retired Postal Inspectors.

July 17, 2020 serves as proof that heroes do not live forever.  But the love his family has for him will never die.

Condolences may be sent to the family at www.chastainfuneral home.com.