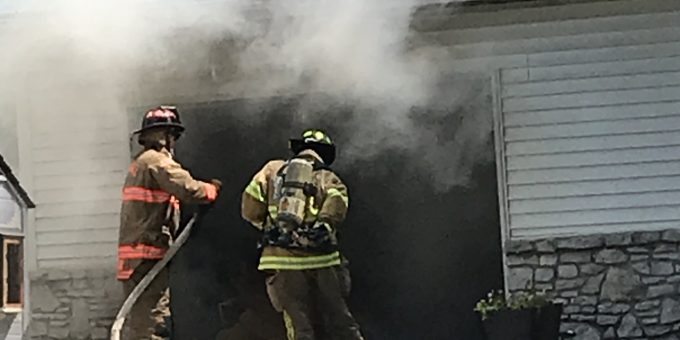 The call came in around 3:30 p.m. reporting a garage fire that was getting ready to spread into a home located in the 400 block of Red Hill Addition Road.

A neighbor passing by reported the blaze while an occupant of the home was trying to extinguish the fire.

Firefighters were able to confine the fire to the garage and prevent it from spreading. The fire was extinguished within 20 minutes of the blaze starting.

“I am thankful for the aid we received from Marshall Township, Oolitic responded but was not needed and was released from the scene. This could have been much worse but the quick action of both fire departments kept the fire contained to the garage area,” said Jessica Peters of Perry Township Volunteer Fire Department.

Seal Ambulance was dispatched to the scene to standby while firefighters dealt with the warmer temperatures. However, there were no injuries reported while battling the blaze.