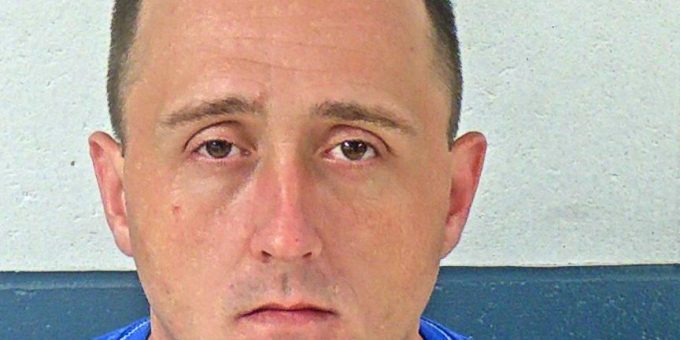 (BEDFORD) – A Bedford man was arrested on meth charges Friday night after a warrant was issued for his arrest.

According to a probable cause affidavit filed by Deputy Logan Smoot, on June 12, 2020 at 7:10 a.m. Deputy Smoot was dispatched to State Road 58 East and Tood Lane after a report of an injury accident.

When police arrived they located a vehicle in front of 4629 State Road 58 East. The driver of the vehicle was leaning against the guardrail and was being treated by a first responder from the Pleasant Run Volunteer Fire Department.

There were no other occupants in the vehicle at the time of crash.

The driver was identified as Michael Frazier. He told police he “could not remember what had happened.”

From the crash scene, it appeared Frazier was traveling towards Heltonville from Bedford at a high rate of speed. The vehicle appeared to have ramped the guardrail, collided with a tree, and bounced back onto the roadway. The
collision caused major damage to the vehicle and airbag deployment.

Frazier was transported by ambulance to IU Health Hospital for treatment.

Stone City Towing was contacted to retrieve the vehicle. While awaiting the wrecker, police inventoried the vehicle and its contents. During the
course of the inventory, Deputy Smoot located a black hide-a-key style box inside the center console. The box had a white crystal-like residue inside that field-tested positive for meth. The box was collected and placed in evidence.

A warrant was then requested for Frazier’s arrest on a charge of possession of meth.