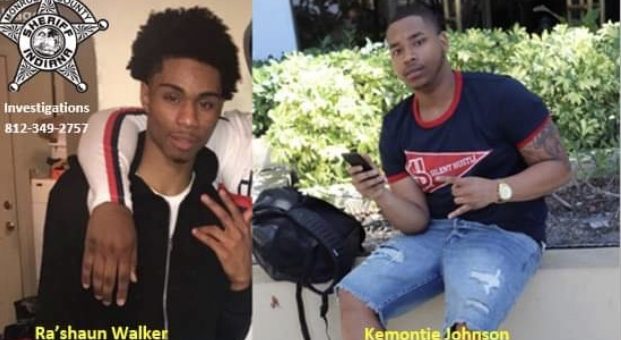 (MONROE COUNTY) – The Monroe County Sheriff’s Department is seeking information in regards to a homicide investigation.

On October 28, 2018, the Monroe County Sheriff’s Department responded to the Eagle Pointe Golf Resort in the 2200 block of East Pointe Road after a report of a fight and possible shots fired.

When deputies arrived at the scene they discovered three individuals with gunshot wounds.

23-year old Kemontie Johnson of Indianapolis was pronounced dead at the scene. 19-year-old Ra’shaun Walker of Fort Wayne was gravely injured in the shooting and was flown to Methodist Hospital in Indianapolis where he was listed in critical condition. The other victim was treated and released.

Officials say the shooter fled the scene before police arrived.

Several witnesses have been interviewed and suspect(s) have been identified. However, detectives with the Monroe County Sheriff’s Department are still in need of additional information.

If you attended the party and have not spoken with a detective or have any information, regardless of how relevant you may think it is, you are requested to call the Monroe County Sheriff’s Office at 812-349-2757.