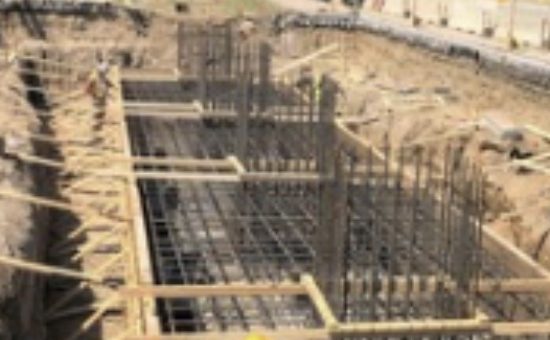 (MARTINSVILLE) – Construction is an ongoing reality for the State Road 37 corridor to complete the I-69 connection between Evansville and Indianapolis.

Ensuring safe navigation during construction is a top priority for the INDOT. You can read more about work zone safety and the steps that INDOT takes to make its work zones as safe as possible for drivers and crews.

You can also watch this short video to hear from crews and local emergency officials in Martinsville about the importance of slowing down and paying attention. You may have noticed increased enforcement in the area to help ensure drivers are slowing down.

A permanent 45 mph speed limit is in place on S.R. 37 from Indian Creek to Waverly Road. New digital signage is in place, highlighting drivers’ speeds as they move through the area.

Indiana’s hands-free law started earlier this month making it illegal to hold a phone or any other mobile device when driving. Indiana is the 22nd state to enact a hands-free while driving law.

The numbers highlight the importance of slowing down and paying attention. Police crash data shows 14 people were killed and more than 650 were injured in INDOT work zones in 2018.

Some of the most common causes noted by police were following too closely, unsafe speed and driver inattention. Remember that slowing down will help protect you, other motorists, and our crews.

Strike up the band! There’s a new and improved marching band lot at Martinsville High School. Milestone Contractors resurfaced and restriped the practice area after using the lot as a staging area during construction on the nearby Grand Valley Boulevard overpass.

Crews are rebuilding and realigning Mahalasville Road to prepare for major I-69 interchange construction next year. The Mahalasville Road closure started last week and will continue through fall. Click here to see an aerial map of planned improvements. Dirt-moving equipment continues work along S.R. 37 to realign and improve Twin Branch Road north of S.R. 37.

Commercial Drive is also closed for ongoing realignment and reconstruction work. When complete, access will be restored between Industrial Drive and Gardner Avenue.

Pavement removal, striping, driveway replacement and paving continue on S.R. 39 as crews widen portions of the roadway to safely carry more traffic during next year’s temporary closure of a portion of S.R. 37. Watch for continued flagging operations on S.R. 39 and possible short-term closures.

You can see new bridges taking shape along S.R. 37 with steel supports in place and piers emerging.

Crews are continuing their work on the MSE retaining wall construction at the new bridge at Henderson Ford Road.Vertical supports are being built near the south end of the project for the S.R. 37 southbound bridge over Indian Creek.

Crews will be driving steel pilings into the ground in the coming weeks.
Watch for possible lane closures daily along S.R. 37 near Egbert Road, Henderson Ford Road, Perry Road, Waverly Road and Whiteland roads to allow crews to move equipment.

The work is expected to last at least a couple of more weeks.
Continuing lane restrictions are expected at Egbert and Centennial roads where utility work is underway.

When the work is complete, crews will reconstruct the intersection. Watch for closure information in the coming weeks.

The I-69 Finish Line project office remains closed temporarily, but our Project Team remains ready to assist. Call 855-INDOT-4U or email
INDOT@indot.in.gov to connect with our team. You can always find the latest news and information at:
I 69FinishLine.co, Facebook, Twitter and Instagram.