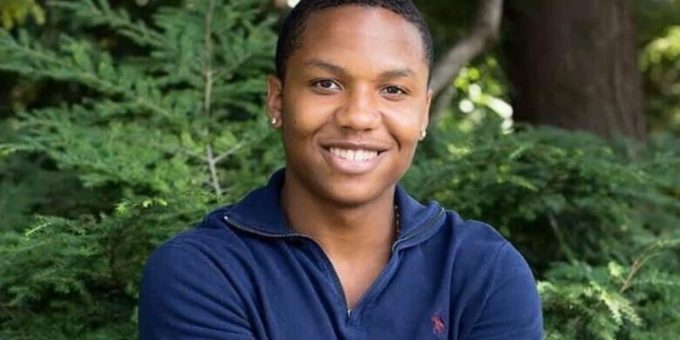 (BLOOMINGTON) – The sister of IU student Joseph Smedley, whose body was pulled from Griffy Lake in 2015 with a bag of rocks strapped to his chest and ruled a suicide, is asking police to reopen the case.

Two petitions requesting the case to be reopened have received more than 82,000 signatures.

Smedley’s death was ruled a suicide by Monroe County Coroner Nicole Meyer after his body was found in Griffy Lake just east of Old State Road 37 in October 2015.

“We still care about Joseph. We haven’t moved on, and we’re still seeking justice for him because we just don’t feel like it got the attention it deserved,” said Joseph’s sister Vivianne Bernas.

On June 15, 2015, Joseph tweeted “perhaps I’ve said too much”, “if found dead in police custody, it wasn’t suicide/ And i don’t want peaceful protests”.

He was last seen out with his fraternity brothers of Sigma Pi. He was found with binoculars around his neck. He had binoculars most likely from being out with his brothers to catch a rare glimpse of the blood moon phase that was happening that night.

That same night his sister Vivianne received a text from Joseph’s phone around 4:15 a.m. that read: “Viv i love you. I’m leaving the country. By not telling you why I’m keeping you safe and protected. Please don’t try to contact me at this number, it won’t work. I’ll contact you once I’m set up overseas. Thank you for everything viv, i love you. And im sorry.”

But Vivianne says Joseph didn’t have a passport, so it would have been impossible for him to leave the country.

A note was found on Joseph’s bed that read: “Had to leave country. Don’t try to contact me via cell it won’t work. will contact you once set up overseas.” It was signed “Smedley” and Vivianne says the note was not written in her brother’s handwriting.

“It looked like it was written by someone who was left-handed,” Vivianne added. “And he never signed anything ‘Smedley’.”

Five days later, Joseph’s body was found in Griffy Lake in three feet of water. A bag with 66 pounds of rocks was strapped to his chest and binoculars were wrapped around his neck.

“Joseph was treated like a suicide the moment he was pulled out of the water,” Vivianne said.

On December 3, 2015, the Bloomington Police Department and the Monroe County Coroner shared the findings of the investigation with Joseph Smedley’s father. According to a police statement, the police made the commitment to keep working with Joseph’s father in an effort to answer additional questions the family might have regarding the circumstances surrounding of Joseph’s death.

“He was studying biochemistry, a great swimmer and was destined to do incredible things… but his life was stolen from him and then quickly swept under the rug,” Vivianne added.

On December 4, 2015, Monroe County Coroner Nicole Meyer ruled Smedley’s death a suicide. Records show that Joseph had alcohol and marijuana in his system according to his autopsy report.

The family was able to hire a forensic pathologist to have a second autopsy done.

“The forensic pathologist said the autopsy showed hemorrhaging on his back and that they definitely didn’t believe it was suicide,” Vivianne said.

The Monroe County coroner has ruled the death of Joseph Smedley to be a suicide by drowning. Bloomington Police say the rulings of cause and manner of death are the responsibility of coroners and not that of law enforcement. While those conclusions can be determined through joint investigations between law enforcement and the coroner, the Bloomington Police Department has not been asked to provide any further investigative assistance at this time.