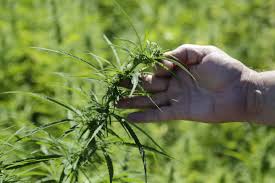 In a ruling issued this week, the U.S. Court of Appeals for the Seventh Circuit said the injunction was too broad and remanded the case back to the U.S. District Court for the Southern District of Indiana for further proceedings.

“We are pleased that the appeals court upheld Indiana’s criminal prohibition on the manufacture and possession of smokable hemp,” Attorney General Hill said. “The court has rightly recognized Indiana’s authority to enforce this law.”

The General Assembly amended this provision this year to clarify that it does “not apply to the shipment of smokable hemp from a licensed producer in another state in continuous transit through Indiana to a licensed handler in any state”.

A group of Indiana-based hemp sellers and wholesalers sued the state days before Senate Enrolled Act 516 was to go into effect, arguing that the law’s prohibition on the possession and delivery of smokable hemp was preempted by the 2018 Farm Bill, which legalized hemp at the federal level and says states must allow all forms of industrial hemp to be transported through their jurisdictions.

The district court sided with the plaintiffs and issued the injunction.

“(The district court) did so without any explanation of why that breadth was necessary,” the ruling reads.

“We see nothing in the 2018 Farm Law that supports the inference that Congress was demanding that states legalize industrial hemp,” the court concluded.

The appeals court’s ruling is attached.