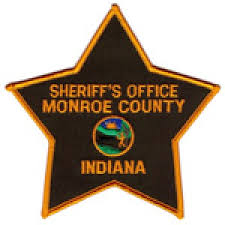 (BLOOMINGTON) – Monroe County Sheriff Brad Swain released a statement in regards to an incident that occurred over the weekend at Monroe Lake.

The Indiana Department of Natural Resources confirmed that a confrontation between two groups took place in a wooded area of Monroe County.

Over the weekend, a complaint was made regarding a racial incident near Monroe Lake on Indiana Department of Natural Resources (IDNR) property.

Indiana Conservation Officers responded to that call, as it is in the jurisdiction of that agency. The Monroe County Sheriff’s Office had no involvement in responding to the complaint.

The past few hours, Monroe County Sheriff’s Office has received inquiries and requests to be involved. It appears other local police agencies have received similar communication.

The expression of confidence in our ability to handle such a serious matter is appreciated, Monroe County Sheriff’s Office has no involvement in this event and has no oversight responsibility over an agency empowered by the State of Indiana.

Any inquires, or concerns would best be made to the Indiana Department of Natural Resources Law Enforcement Division or other State Office.

The Monroe County Prosecutor’s Office continues to investiagate the incident.

Katherine Liell, the attorney who’s representing the man who is says he is a victim in the incident, said the case is under active review and believes arrests will be made. She said she appreciates those who are supporting him and praying, for “an end to racial hatred that is rampant here right now.”