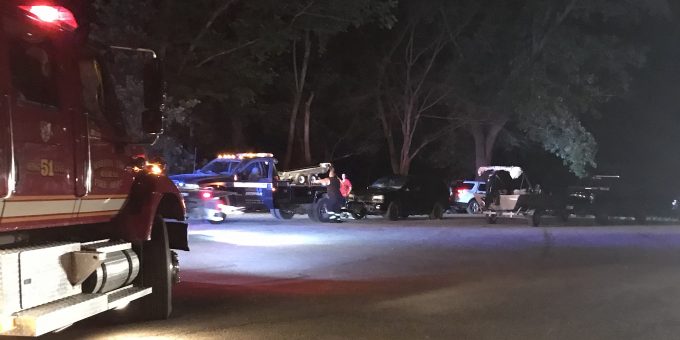 (MITCHELL) – No one was found inside a vehicle submerged in the river at Lawrenceport Boat Ramp Thursday night.

Around 10:30 p.m. Lawrence County Sheriff’s Department Central Dispatch received a report of a vehicle in the water at the Lawrenceport boat ramp.

Marion Township firefighters searched the banks of the river in the area while waiting on the divers to arrive.

Captain Troy Lobosky with the Lawrence County Sheriff’s Department stated, “The vehicle belongs to a local woman. Nobody was found in the vehicle. So they are a couple of scenarios that could play out.”

The name of the vehicle owner was not released.

“The vehicle was located upside down in the river. There are a couple of possibilities for how it got there. The matter is still under investigation,” said Lobosky. “We will make some follow-up contacts with the owner of the vehicle and try to find out who had the vehicle last.”

It took around two hours to get the Chevrolet Trailblazer out of the water and it was towed from the scene by Mikel’s Wrecker Service.