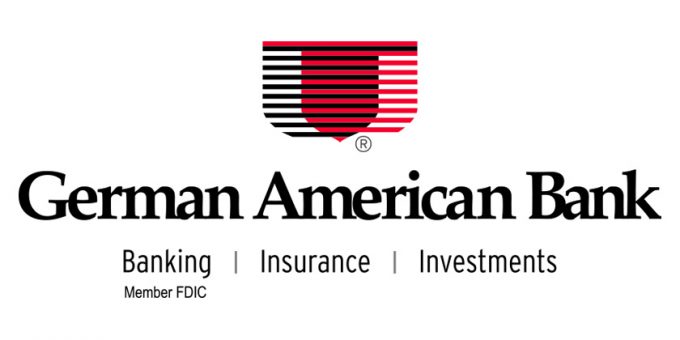 (JASPER) – German American Bancorp, Inc. (NASDAQ: GABC) has
announced several pending changes to its executive management group as part of an ongoing management succession plan. The Company’s Board of Directors, at its recent annual reorganization meeting, approved the following promotions effective as of January 1, 2021: Clay W. Ewing will be assuming the newly created position of Vice Chairman, D. Neil Dauby will be assuming the position of President & Chief Operating Officer and Bradley M. Rust will assume the position of Senior Executive Vice President.

Mr. Ewing, who has been with German American for the past 26 years and has over 41 years of banking industry experience, currently serves as the Company’s President & Chief Banking Officer. Clay, who has served in various corporate positions since 1999, including chief banking officer responsible for all areas of the Company’s banking line of business, will assume a senior advisory capacity position in his new role as Vice Chairman in anticipation of his expected retirement during the second quarter of 2021.

Mr. Dauby, who joined German American in 2001, having previously served in affiliate and regional president roles with the Company, has overseen the Company’s commercial banking operations since 2016 in his current position of Executive Vice President & Chief Commercial Banking Officer. Prior to joining German American, Mr. Dauby, a graduate of Western Kentucky University in Bowling Green, Kentucky, was a CPA with sixteen years of leadership experience with regional accounting firms in various Kentucky markets, including Bowling Green and Owensboro, which are part of German American’s footprint. As President & Chief Operating
Officer, Neil will assume direct operating responsibility for all facets of the Company, reporting directly to Mark Schroeder, Chairman & CEO.

Mr. Rust joined German American in 1999 in connection with the Company’s merger with 1ST Bancorp of Vincennes, Indiana. He has more than 30 years of banking experience, having previously served as a federal bank examiner as well as in various capacities within the accounting
and finance functions for 1ST Bancorp and German American. Brad, who has been German American’s Chief Financial Officer since 2005, currently serves as Executive Vice President & CFO for the Company. In his expanded role as Senior Executive Vice President, Mr. Rust will assume more extensive involvement in the executive oversight of the operations of the Company’s business units, as well as continue in his present role as Chief Financial Officer with responsibility for the Company’s accounting and finance functions, including mergers and acquisitions, institutional research and shareholder relations.

Commenting on the Company’s announcement, Mark A. Schroeder, German American’s Chairman & CEO, stated, “We are extremely fortunate to have had someone of Clay Ewing’s caliber and expertise to lead our banking operations for more than twenty years. As we take this initial step in our executive management succession plan, we’re extremely pleased that Clay will be in place to help us transition his responsibilities to our next generation of leadership. We are likewise extremely fortunate to have very experienced and talented financial professionals at German American positioned to assume his various areas of responsibilities. Neil Dauby and Brad Rust exemplify the depth of talent that exists within German American. They are both extremely capable and seasoned leaders, and I am confident they will be exceptional in their expanded roles within our Company.”

Schroeder continued, “As part of our plan for this transition, which will officially occur on January 1, 2021, there are expected to be an additional realignment of roles and responsibilities of senior officer positions within the Company. Just as is the case with Neil and Brad, German American is
fortunate to have a depth of experience and talent, throughout our organization, which will allow us to make the necessary realignments utilizing existing team members’ capabilities and skills. Asan organization, we have been preparing and planning for the transition of executive management for many years. It is because of the foresight of the Board of Directors and of existing Executive Management that we are now able to effect this transition with the total confidence of knowing we have the necessary level of capable and experienced internal talent, who extensively know both our Company’s culture and operations, to assure a seamless transition to the next generation of leadership throughout our organization.”