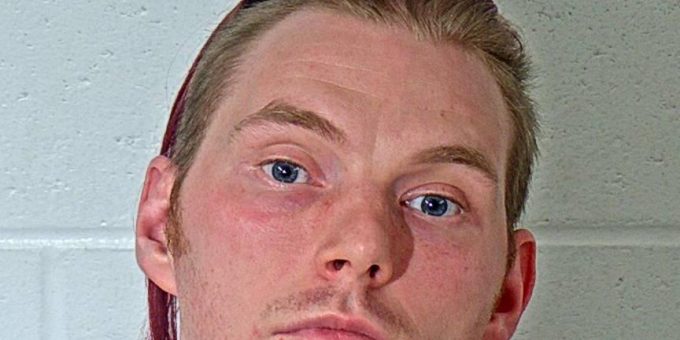 (BEDFORD) – A Bedford man was arrested after the Lawrence County Prosecutor’s office issued two warrants for his arrest.

According to a probable cause affidavit, at 9:01 p.m. on March 14 a woman went to the Bedford Police Department to report she had been involved in a domestic fight and was injured by Hill.

The woman told officers that earlier in the day she had confronted Hill about him being a sex offender and he got hostile and called her names. She told police Hill then grabbed her by the neck and slammed her into a refrigerator.

The woman told police Hill had never done this before. She says she got scared and then pushed Hill to get away from him.

Hill then grabbed her arm, pulled her hair, and drug her to the bedroom. Next, he threw her on the bed and began to violently choke her with both hands. The woman said she was clenching her teeth while Hill was choking her and this caused her to chip a tooth.

The woman was finally able to get Hill off her by kneeing him in the groin.

She then grabbed her phone to call the police and that is when Hill fled the home. The woman then left the home and went to her mother’s house.

Police say the woman had visible bruises and scratches on her neck and right hand and was treated at St. Vincent Dunn Hospital.

Hill was contacted by police and said he and the woman had an argument but there was no physical confrontation. Hill says the woman is making up the allegations because he ended their relationship.

A warrant was then issued for Hill’s arrest on charges of domestic battery, strangulation, and criminal confinement.

A second warrant was issued for Hill’s arrest after he failed to register as a sex offender.

According to a probable cause affidavit, on April 23, Lawrence County Police received information that Hill, who is a registered sex offender against a child, was not staying at the address that he had provided to the Lawrence County Sheriff’s Department. Hill told police he was living in the 1820 block of Fifth Street, but when police went to the apartment, the apartment was vacant and the phone had been disconnected.

As a registered sex offender, Hill is required by Indiana Code to notify the Sheriff’s Department of any changes and Hill had not met that requirement, hence why a warrant was issued for his arrest.