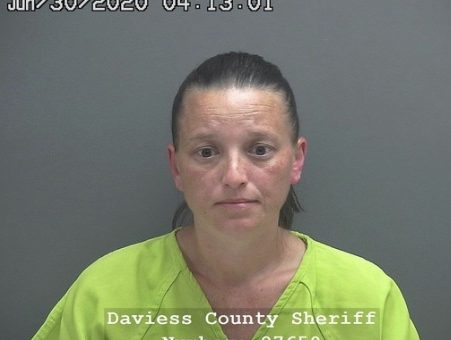 (WASHINGTON) – In February 2020, a victim reported they were being harassed to the Indiana State Police Jasper Post.

The victim had been targeted by people on social media who were against a referendum for raising taxes to fund projects for Washington Community Schools.

Due to this, the victim believed that the suspect may have been one of these people.

An investigation by ISP Detective Jarrod Lents revealed that one of the suspects, 38-year-old Rikki Lyford, of Washington, had allegedly created a Google email in the name of the victim, and then used this email account to sign the victim up for numerous spam text messages.

Approximately 70-100 messages a day were received by the victim for approximately three months.

Two other victims also received messages similar to these, as well as false complaints directed to their employers.

It is unknown if Lyford is responsible for the actions against the other two victims.

A warrant was issued for Lyford’s arrest and she was taken into custody by Detective Lents on Monday, June 29, 2020.

Lyford was incarcerated without incident at the Daviess County Security Center.