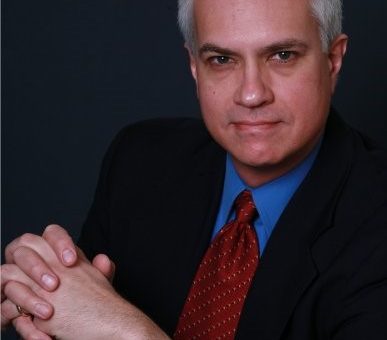 (BEDFORD) – In a letter addressed to Lawrence County Circuit, Superior I and Superior II courts, Bruce Andis, Chief Public Defender informed Judge Nathan Nikirk, Judge John Plummer III, and JudgeWilliam Sleva that because of excessive caseloads the Lawrence County Public Defender Agency must decline appointments for public defenders for cases filed from June 19, 2020, through the remainder of this quarter.

“I make this decision in order to protect the County’s reimbursement from the Indiana Public Defender Commission. Happily, though, this declination will continue only until Wednesday, July 1, 2020,” Andis wrote. “The reasons for this declination are simple. First, our office has been operating short one attorney since January 1, 2020. My request to the County Council to split that open full-time position into two part-time positions was tabled for three successive months.”

As of June 8, 2020, two other attorneys terminated their employment with the agency and a third terminated employment on June 19, 2020. One attorney was hired by a neighboring county’s public defender office at a salary approximately 62% greater than she was being paid by Lawrence County.

“I also believe the County’s salary ordinance was a contributing factor for another of the attorneys who left – an attorney who, by the way, was forced to seek public assistance to help support her family while employed by the County,” added Andis.

This is not the first quarter that the LCPDA has exceeded caseload compliance levels.

“This time is different, and thus forces this declination of case appointments, for a couple of reasons,” Andis added. “First, in the past, we could honestly represent to the Indiana Public Defender Commission that we had a plan for returning to compliance. Previous caseload noncompliance could be traced to attorney turnover and the lag time between a lawyer leaving the office and the LCPDA receiving authorization from the County Council to hire a new lawyer. Second, in past quarters we had sufficient funds in the Supplemental PD Fund to send some cases to Special Public Defenders who agreed to accept cases from the office at an hourly rate of $90 per hour. Because of the attorney position left open for five months, and because all of the CHINS and TPR cases that I formerly handled had to be moved out of the office, the Supplemental PD Fund has been completely depleted with half of the year still remaining.”

At the last County Council meeting, the LCPDA received approval for an additional $20,000 for that fund, on top of the annual budgeted amount of $40,000. That emergency appropriation only covers current outstanding claims.

“Because of the systemic issues and budget strains I have described above, I do not believe the LCPDA has a credible plan for dealing with caseload noncompliance,” Andis said.

The Agency and its attorneys have constitutional and ethical responsibilities to provide complete, adequate, and competent representation to all clients.

“That representation requires the legal knowledge, skill, thoroughness, and reasonable preparation, none of which can be provided when caseloads are too high and the time available is too short to provide an effective defense,” he added. “Our clients have a constitutional right to adequate assistance of counsel, under the 6th and 14th Amendments of the United States Consitution, and Article I, Section 13, of the Indiana Constitution. Proper assistance of counsel cannot and will not be guaranteed to our clients when caseloads are too high.”

Judge Plummer III says that pursuant to both State and Federal Constitutional Law, all indigent criminal defendants in the United States of America and the State of Indiana have a constitutional right to have pauper counsel (a public defender).