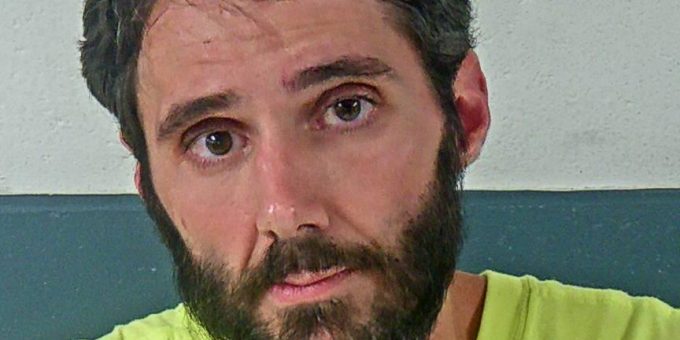 According to Chief Terry Moore, officers were requested to Bender Lumber after a report of a male driving a gray Dodge Charger and acting suspiciously while parked in the lot.

“While enroute officers passed the vehicle on Brock Lane and were flagged down by the driver, Jonathon Kirk,” said Chief Moore. “While speaking with Kirk he made comments about being harassed by two guys and pointed at two mailboxes.  Kirk demonstrated signs of intoxication and agreed to a field sobriety test.”

But before the test could be conducted, an officer asked if Kirk had any weapons and Kirk mentioned he had a knife.

“While retrieving the knife a baggie of what later tested positive for meth fell out of his pocket,” said Chief Moore. “Officers started to place handcuffs on him, and he began resisting.”

Kirk later consented to a blood draw and officers determined he was intoxicated.