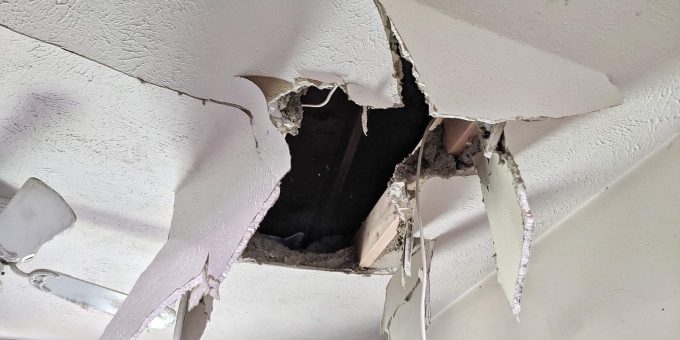 (SEYMOUR) – On June 26, 2020, Detectives with the Seymour Police Department received information that 23-year-old Gavin Dutton was in the area of North Ewing St. just north of the city limits. Dutton was wanted on four Jackson Circuit Court felony warrants.

That information led detectives with the Seymour Police Department and the Jackson County Sheriff’s Department to a residence located in the 500 block of Fountain Drive.

Detectives then developed probable cause and received a Jackson Superior Court 1 search warrant to search the residence and a vehicle at the residence for drugs and drug-related items.

When officers with the Seymour Police Department and Jackson County Sheriff’s Department arrived to execute the search warrant, they learned that Gavin Dutton was hiding in the attic.

After attempting to get Dutton to come down from the attic, officers with the Seymour Police Department and Jackson County Sheriff’s Department entered the attic to conduct a search.

During the search of the attic, Dutton was located and became uncooperative with officers.

During the altercation, officers attempted to take Dutton into custody by using an electronic control device, but that effort was unsuccessful. Dutton then battered a JCSD Detective on two occasions in the attic.

Ultimately Dutton fell through the ceiling of the neighboring part of the duplex and was taken into custody by officers.

Dutton is now facing new charges of battery on a police officer resulting in injury and resisting law enforcement.

The investigation involving the drugs and drug-related items is still active at this time.