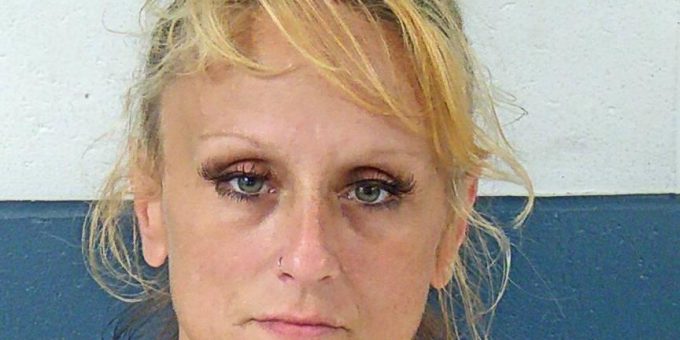 (BEDFORD) – An Oolitic woman was arrested on drug charges after Bedford Police officers received a report of a woman in only a bra and underwear seen walking out of the woods near Oolitic and Ike Underwoods roads.

The caller then phoned back and said the woman got into a blue pickup and was last seen traveling south on Lincoln Avenue.

Officers stopped and questioned the male driver and his female passenger, identified as 40-year-old Claire Stinson.

“Officers received permission to search the vehicle and requested a K-9 to the scene,” Chief Moore added. “The K-9 gave a positive alert on items belonging to Stinson. During the encounter officers located the female walking the witness was concerned about.  She was wearing a swimsuit and checked fine.”

During a search of the vehicle, officers found meth, marijuana, drug paraphernalia, and a syringe in Stinson’s belongings.