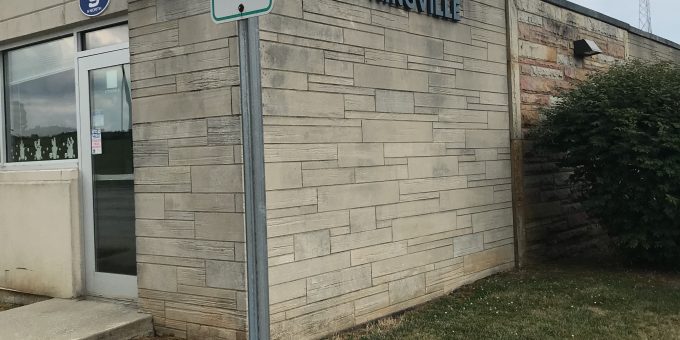 (SPRINGVILLE) – Springville prides itself on its community and getting things done without a whole lot of government intervention.

Springville was established in 1839, and at one time had a railroad running through the town, a funeral home, feed mills, pool halls, stores, churches, and a school.

Springville was known for its festivals and PTO functions and the community built a public park in 2004 to bring everyone together for food, fun, and fellowship.

Most of these things are now gone, and a for sale sign is now placed out on the lawn of the Springville Grocery.

In January of this year, the North Lawrence Community Schools’ decision to close the Springville Elementary School has made for an even bigger loss to the community.

Lawrence County will now no longer have any schools on the western side of the county with the closing of Fayetteville, Huron, Springville, and Williams schools.

But, with efforts of many community members, the Springville community is not taking ‘no’ for an answer.

Lawrence County Independent Schools formed not too long after the vote to close the Springville school.

Working behind the scenes, the group toured charter schools around the state and has started the process to obtain the Fayetteville and Springville school facilities.

Lawrence County Independent Schools conducted a meeting on Monday evening just across the street from where the old Springville school sat prior to 1963.

The shell of the old Springville gym is still standing to remind residents of what once was.

Springville residents listened to the presentation to hear how the charter school will work, and how the group plans to acquire the Springville school.

Perry Township Trustee Bob Phillips and his advisory board has decided that they will work to acquire the Springville School. The advisory board includes Marilyn Kimmel, Doug Kelley, and Amy Voorhies.

The decision was a slow process for Bob Phillips and his advisors who say they are looking out for the taxpayers of the township.

Amy Voorhies stated the closing of Springville School is very detrimental to the community.

“By trying to acquire the school it gives people in the area options; allows them options in choices of schools,” said Voorhies.

At this time, there are still more talks and meetings that will have to take place between the township officials, the North Lawrence Community School Corporation, and Lawrence County Independent Schools.

The purpose of the North Lawrence Community School Board’s decision to consolidate was to eliminate deficit spending of $1.1 million.

The North Lawrence Community School board voted last Thursday to start the process of issuing additional bonds/leases for a $5.3 Capital Improvement Plan.

In addition, following Perry Township’s interest in the Springville School, school officials announced that bonds/leases remain on the building.

At Thursday nights school board meeting, Dr. Ty Mungle said that the bonds can be transferred. However, he stated that those decisions have not been completed by the school corporation at this time.

The Springville school was a special project of Perry Township in the early 1960s prior to the North Lawrence Community School district taking over the school.

The building was constructed in the early 1960s with the first classes being held in the building in 1963.

Howard Thompson, son of the late Roy Thompson, described the day that the students gathered from the old schools and marched up the road to the opening of the new school.

“I was attending Oolitic High School at the time, but we spent the day at Springville celebrating the opening of the school in March,” said Howard Thompson.” Kids lined up and walked from the old school up the road to the newly constructed school. And several people from the community attended. It was a special event,” said Thompson.

The school has been a fiber that has held friends and family together throughout the years. This provided education, life lessons, and a rural way of life for many students over the years.

Springville residents continue to fight to keep education inside Perry Township, following the efforts of the late Roy Thompson in a quest to keep his dream alive.