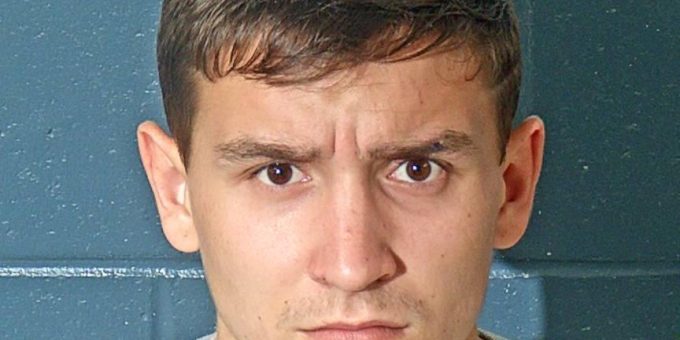 (BEDFORD) – A Heltonville teen was arrested Monday after a warrant was issued for his arrest for armed robbery.

According to a probable cause affidavit filed by Mitchell Police Sgt. Rob German, on June 15 Danial Bancroft was visiting a friend at their apartment on North 7th Street when he saw a male later identified as 18-year-old Jansen Ray exit another apartment and asked him if he could get a ride to Main Street.

Ray told him he would give him a ride so he got into Ray’s Chevrolet Trailblazer.

In the vehicle were two long-guns, an AR-15 and a shotgun in the front passenger seat. Bancroft told Ray he didn’t want to touch the guns, so Ray moved the firearms to the back seat.

Bancroft asked Ray to stop the vehicle and that is when he pointed a handgun at him and ordered him out of the vehicle.

Bancroft stated he exited the vehicle and asked Ray if he could retrieve his black duffle bag and Ray refused. Ray asked if Bancroft had any money and pointed the handgun at him. Ray then sped off and almost ran over his foot.

While Sgt. German was speaking with Bancroft, he received information that Lawrence County Sheriff’s deputies were working an injury accident on State Road 37, south of AppleAcres involving the SUV Ray was driving.

According to a Lawrence County Sheriff’s Department report, Ray was traveling northbound on State Road 37 at a high rate of speed and was weaving in and out of traffic when the vehicle went off the east side of the road and over an embankment and hit a concrete water storage container. Ray was not wearing a seatbelt and suffered serious injuries. He was transported to a local hospital and then to St. Vincent Hospital in Indianapolis for treatment.

At the scene of the accident, officers recovered Bancroft’s black duffle bag, a Jennings .22-caliber handgun, a DPMS AR-15, and a Maverick 12-gauge shotgun.

Bancroft was able to identify the weapons as the one he saw in Ray’s SUV and the one Ray pointed at him. Bancroft also told police that Ray had attempted to sell him some Xanex filled gummy watermelon candy.

Police believe Ray is also a suspect in the robbery that lead to the recent stabbing in Mitchell. That case remains under investigation.