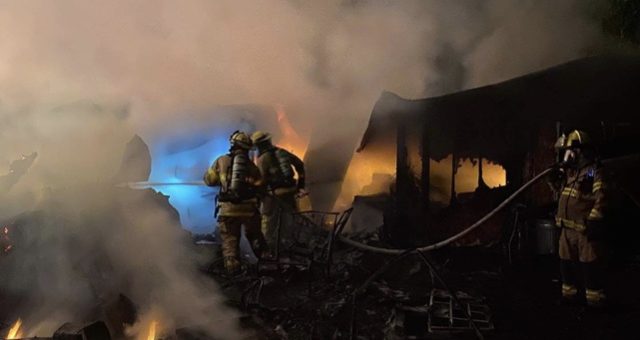 Firefighters arrived around 2:45 a.m. and found the house engulfed in flames. It took firefighters several hours to extinguish the blaze and work through the rubble to extinguish hidden fires.

The warm temperatures also required several firefighters to be evaluated for heat exhaustion while on the scene.

Firefighters remind homeowners to always make sure your home has a working smoke detector.