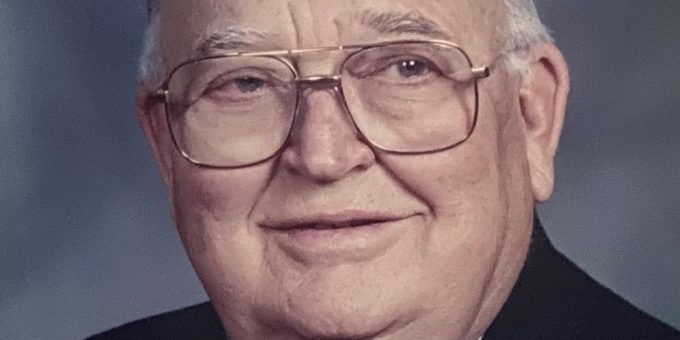 Born July 19, 1928, in Bedford, he was the son of Orville and Emma (Myers) Root. He retired as owner of Root Accounting in Bedford and Bloomington and was a veteran of the U.S. Air Force. He married Joanne Duncan on November 3, 1957, and she preceded him in death in 2008.

He was a former member of the Elks Club in Bedford, a past president of NLCS School Board, a member of the Sherwood Oaks Christian Church, former board member of the Bedford Parks Dept., Bedford Boys Club, and Gillen Post #33 American Legion. He enjoyed playing golf and watching his grandchildren play sports.

He was preceded in death by his parents, wife, a grandson, Devon
Holmes and a brother, Robert Root.

Funeral services will be conducted at 1 p.m. on Tuesday, June 23 in the Elmwood Chapel of the Day & Carter Mortuary with Tom Ellsworth officiating. Entombment will follow in Cresthaven Mausoleum where military rites will be accorded by members of Gillen Post #33 American Legion. Visitation will be from 3 p.m. until 6 p.m. on Monday, June 22 at the Day & Carter Mortuary.