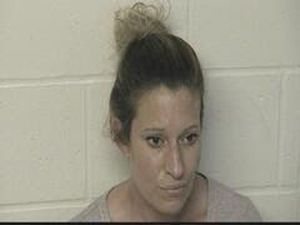 (SCOTTSBURG) – A Scottsburg woman has been charged with felony neglect of a dependent following an Indiana State Police investigation and review by the Scott County prosecutor.

An ISP investigation began on May 30, 2019 when Detective Brian Busick and crime scene investigators responded to a Scottsburg address after learning of the death of a 6-month old infant girl earlier that day.

The infant was reportedly in the care of an unlicensed daycare facility and was found unresponsive when the mother of the child returned from work. The daycare was operated by 38-year-old Candace Jones, of Scottsburg, who called 911 upon finding the child unresponsive after placing her down to sleep earlier.

Detective Busick was assisted by investigators from the Indiana Department of Child Services, and the investigation was turned over to the Scott County Prosecutor in 2019.