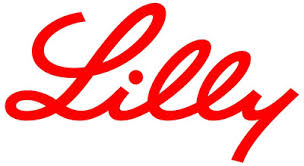 (INDIANAPOLIS) — Eli Lilly and Co. and the Lilly Foundation announced a pledge of $25 million and 25,000 employee volunteer service hours over five years Saturday to ease the burden of racial injustice and its effects on local and national communities of color.

The Lilly Foundation’s financial commitment over five years is aimed at finding solutions to racial inequity and social injustice primarily in Indianapolis, its surrounding counties, and nationally, Lilly said in a news release. It will include grants to improve educational, health, criminal justice, and social mobility outcomes for people of color.

“We are committed to action in addressing the systemic injustices in America that disadvantage people of color every day, with a special responsibility to Indianapolis, home of our headquarters for 144 years,” said Tiffany Benjamin, president of the Lilly Foundation.

“This is personal for me and for the whole company,” said David Ricks, Lilly chairman and CEO. “We commit to bringing people and organizations together to acknowledge the trauma of racial injustice in its many forms and create a call to action for lasting change.

Lilly’s pledge came amid local protests over the shooting death of a black man, Dreasjon Reed, by an Indianapolis police officer and the police killing of George Floyd in Minneapolis.

The commitments were made in conjunction with the Indy Day of Solidarity-We Stand Together. The virtual event was sponsored by Lilly in partnership with the Indianapolis Recorder, Indianapolis’ oldest African American newspaper; Radio One, Indianapolis’ largest urban radio station; and WISH-TV, the city’s largest minority-owned television station.