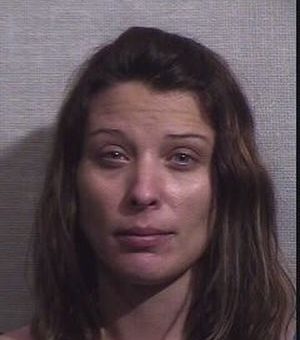 (SEYMOUR) – A Seymour woman was arrested after she allegedly injured a 4-week-old baby and a 15-year-old girl.

Indiana State Police arrested 36-year-old Amanda Miller on felony charges of neglect of a dependent, domestic battery in the presence of a minor, and domestic battery on a victim under the age of 14.

According to ISP Sgt. Stephen Wheeles the investigation began shortly before 7 p.m. Wednesday when troopers responded to a home in the 9000 Block of East County Road 700 North to conduct a welfare check on a 4-week-old baby.

The baby was taken to Schneck Medical Center in Seymour and then transferred to Riley Hospital for Children in Indianapolis for treatment of what police say were “serious but non-life-threatening injuries.”

Miller was arrested and transported to the Jackson County Jail in Brownstown, where she is currently being held without bond.