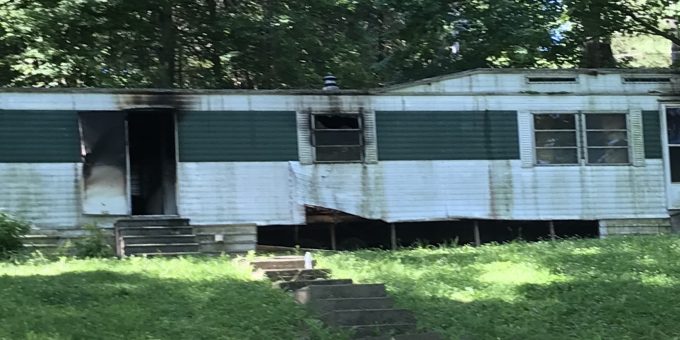 (BEDFORD) – Shawswick and Pleasant Run Volunteer Fire Departments responded to a mobile home fire in the 60 block of Pinhook Road early this morning.

Firefighters were alerted to the blaze at 4:29 a.m.

According to Bobby Brown, Fire Chief of the Shawswick Volunteer Fire Department, the fire was coming through the roof of the home when firefighters arrived.

“The fire started in the bathroom of the home. However, the exact cause of the fire has not been determined yet. Investigators will return sometime later today and take a closer look,” said Chief Brown.

The home is owned by Roy Pruett, who was not injured in the blaze.

Firefighters were able to retrieve a few possessions, but Pruett lost just about everything he owned in the blaze. Chief Brown said the mobile suffered heavy fire and smoke damage throughout.

The American Red Cross was contacted to help provide assistance.