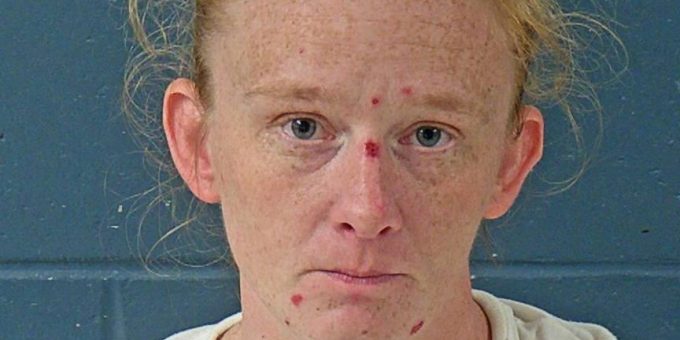 (OOLITIC) – A Bedford woman was arrested Monday night after her vehicle was stopped for a traffic violation on Hoosier Avenue in Oolitic.

The vehicle Stigall was driving was stopped at 8:06 p.m. on Hoosier Avenue near 6th Street after an officer says she failed to signal while making a turn.

“During initial contact with Crystal Stigall she exhibited signs of being very nervous and stated that the car she was driving did not belong to her,” said Major Gregg Taylor. “Officers deployed an LCSD K9 which gave a primary alert to illegal substances inside the vehicle.”