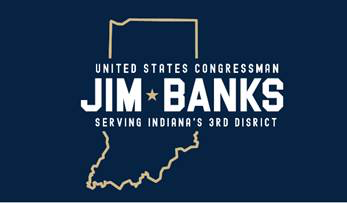 “On one hand, Congress is asking taxpayers to help grow our military so we can compete with China. On the other hand, large U.S. investment funds are dumping U.S. dollars into China’s military industrial base. We need to end our cognitive dissonance and stop funding the rise of our chief global adversary,” said Rep. Jim Banks.

Rep. Jim Banksfirst drew attention to the issue of U.S. pension funds investing in China’s military in May 2019 when he introduced H.R. 2903, the Blocking Investment in Our Adversaries Act. That bill would prevent TSP savings from being invested in Chinese or Russian companies.

Last month, in a story reported by Reuters, Reps. Banks and Gallagher called on Secretary Eugene Scalia to take a look at this jurisdiction into the TSP. Soon after, President Trump ordered the halt of federal retirement money investment in Chinese equities to be pulled, according to a report by Fox Business.

Additional background on the bill: