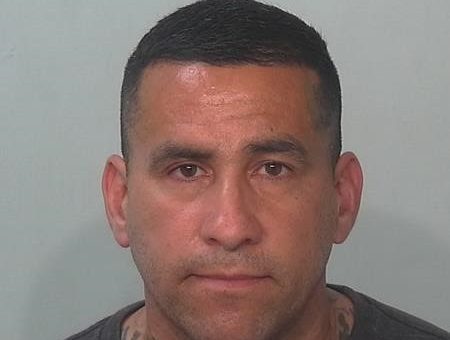 (FT. WAYNE) – On Saturday, May 30 during the protest events in downtown Fort Wayne, an Indiana State Trooper was injured by a male protestor that deployed an explosive device against officers.

The explosion that resulted caused serious bodily injury to the Trooper, who was subsequently transported to a local hospital for medical treatment. The Trooper was treated and released later that night and has since been able to return to duty.

At the time of the incident, officers were not able to make an immediate apprehension of the suspect protestor. Thanks to the hard work and cooperative effort of detectives from the Indiana State Police (ISP), Fort Wayne Police Department (FWPD), and the Bureau of Alcohol Tobacco Firearms and Explosives (ATF) Task Force, that suspect was positively identified earlier this week as 43-year-old Juan Pablo Gonzalez, of Elkhart.

Recognizing Gonzalez as the suspect in the earlier officer assault, the FWPD officers quickly detained Gonzalez without incident. Gonzales was transported for an interview with detectives handling the investigation, and then was transported to the Allen County Jail. He was arrested on two counts of using a weapon or instrument of violence-possess detonate destructive device to kill or intimidate, battery committed with a deadly weapon, battery against a public safety officer, disorderly conduct, rioting

This is an active criminal investigation. No other specific information will be released at this time.