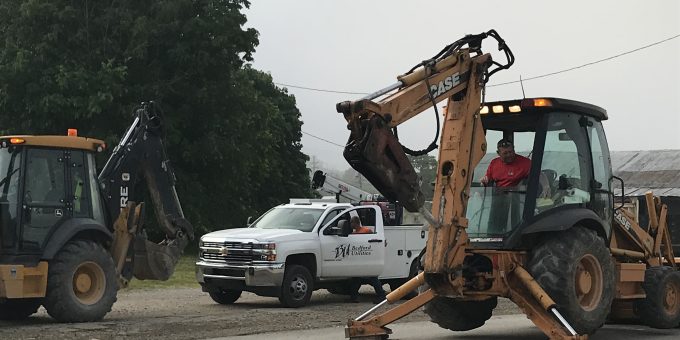 (BEDFORD) – The paving on the north end of Bedford has been placed on hold as Bedford Utilities make storm drain repairs on J Street.

Repairs along J Street are expected to last a couple of weeks and then milling will resume.

The City of Bedford crews did not want to pave the street, then have to come back a few months later to dig through the new asphalt.

Paving on Lincoln Avenue from the roundabout to Sixth Street has also been placed on hold until the completion of the J Street repairs.

However, several paving projects have been completed including 4th Street from Lincoln Avenue to S Street. Residents on 4th Street endured months of torn-up streets and a bumpy ride to their homes.

“We want to thank everyone for being patient with us, from the stormwater project to paving of these streets which encompassed several months for the residents on the north end,” said Mayor Craig.