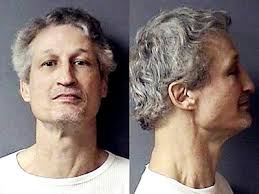 (ANDERSON) – An inmate cut off part of one of his own fingers and mailed it to a newspaper in order to protest conditions at the Madison County Jail.

The Madison County Sheriff’s Office confirmed that 60-year-old Michael McCune sent the tip of his left middle finger to Scott Underwood, editor of The Herald Bulletin in Anderson.

McCune is in prison awaiting trial on an attempted murder charge after police say he stabbed another man 13 times on Jan 12. He has been previously convicted of stabbing another inmate to death in 1983. He served 28 years of his 60-year sentence, according to The Herald Bulletin.

In his letter to the newspaper, McCune said he wanted to bring light to the “oppressive conditions” at the jail. He alleged that inmates were subjected to abuse, cold food, violations of due process, and falsification of conduct records. He also said inmates were forced to sleep on the floor.

Sheriff Scott Mellinger said McCune reported that he cut off the tip of his finger on May 21, the same day the letter to the newspaper was postmarked.

McCune wrote he “hates” being in jail and wanted to return to the Department of Correction. He has filed several grievances claiming the county hasn’t taken care of his medical needs.

McCune had surgery on the finger this week to remove another portion of the finger to stave off the threat of infection.

McCune has been moved to the Pendleton Correctional facility.