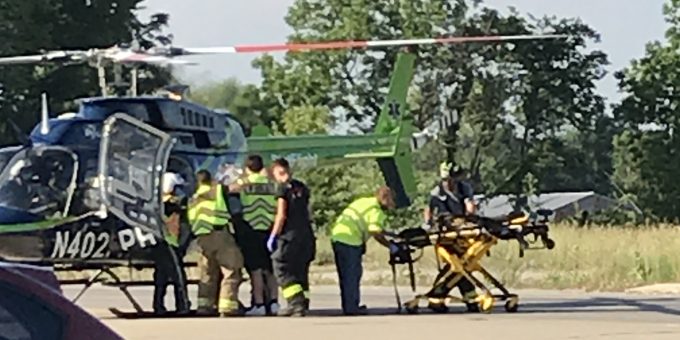 (MITCHELL) – Emergency personnel were summoned to a motorcycle accident on State Road 37, north of Doc Hamilton Boulevard, at 5:34 p.m. Wednesday.

At least one person was transported from the scene by Stat-Flight helicopter to a Louisville trauma center.

State Road 37 was closed for thirty minutes as the medical helicopter landed and loaded the patient.

An accident report from the Lawrence County Police Department was not available at the deadline for this story.

Traffic was reduced to one lane for several hours as accident investigators worked the scene.