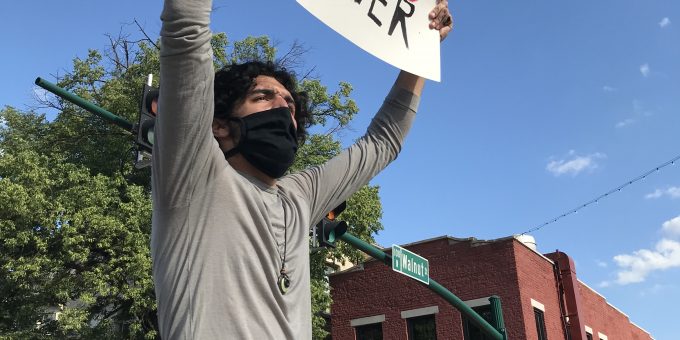 (SEYMOUR) – A protest has been scheduled for today at Noon until 3 p.m. and on Tuesday from Noon until 5 p.m. at Farmers’ Market parking lot in Seymour.

The Seymour Police Department met with the organizers and are in complete support of their intent to exercise their First Amendment rights.

The protest is a non-violent protest, and the organizers have stated that they will not tolerate criminal activity within their ranks.

Seymour Police Department is asking the public to respect their right to protest.

Protests have occurred throughout the state over the death of George Floyd in Minneapolis, Minnesota last week.