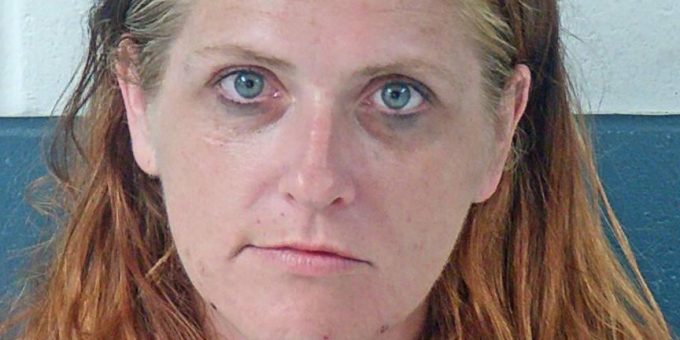 (BEDFORD) – A Bloomfield woman was arrested Friday after the Lawrence County Sheriff’s Department received a 911 call reporting a woman was passed out behind the wheel of a vehicle at Dixie Highway and State Road 37.

According to the probable cause affidavit, the caller had to honk their horn several times to get the woman to wake up and proceed through the intersection.

The caller says they followed the woman’s gray Toyota Corolla until the vehicle pulled into the Speedway parking lot.

A Mitchell Police officer found the vehicle parked in a handicapped spot. The vehicle did not have a handicap plate or placard on their rearview mirror.

The officer approached the vehicle and spoke with the driver, 36-year-old Rachael Gaston. Gaston told police she was coming from her niece’s house and denied being at the intersection on Dixie Highway.

The officer noticed Gaston appeared nervous and was fidgeting in her seat. When asked if she had drugs in the vehicle she said no.

The officer told Gaston a police dog was going to do a free-air sniff around the vehicle to do a search for drugs.

Gaston then reached into a bag on the passenger seat and handed the officer a white case. The case contained three small bags of heroin and syringes. Officers found a large number of uncapped syringes inside the vehicle and a few containers of Narcan. The also found Suboxone which Gaston had a prescription for and Xanax which she didn’t have a prescription for.