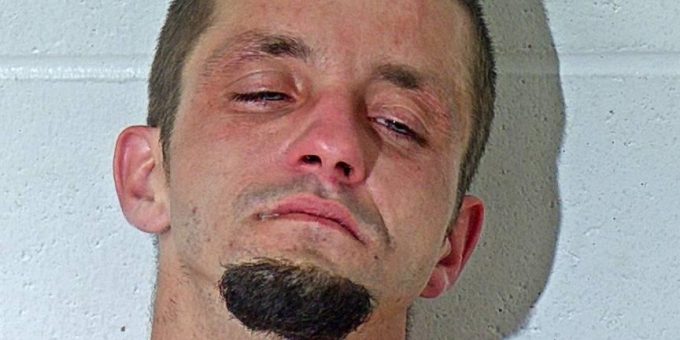 (BEDFORD) – A Bedford man was arrested early Saturday morning after police were patrolling in the area of 20th and O streets and found him intoxicated.

According to Bedford Police Chief Terry Moore, 28-year-old Dustin Pemberton told police he was out running and trying to get to his girlfriend’s house.

“During their conversation with Pemberton he showed the usual signs of intoxication, but because of an urgent call the officer told Pemberton to go straight to the house and stay inside,” said Chief Moore.

After finishing the urgent call, officers returned to the area that Pemberton was last seen. Officers found Pemberton on a front porch going through the items of the homeowners.

“He could not explain what he was doing or who the homeowners were,” said Chief Moore. “He was placed in handcuffs and started actively resisting while being placed into the police car.”

Pemberton is facing charges of public intoxication and resisting arrest.