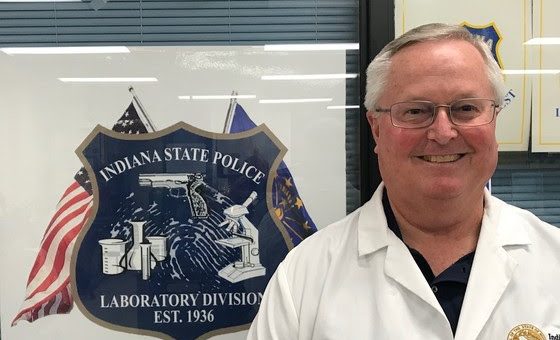 “The high regard that our laboratory system enjoys in the forensic science and criminal justice communities is due to the dedication and long-standing professionalism that our scientists, like Bill, have demonstrated over the years. We have been so very fortunate to have Bill within our organization for these 41 years and during this time he has set the standard for others to emulate going forward. He has been a valued member of our system,” said Major Steve Holland, Commander of the Indiana State Police Laboratory Division.

The Indiana State Police appreciates Bowles’ dedication and service during these last 41 years and we hope he enjoys his well-deserved retirement.