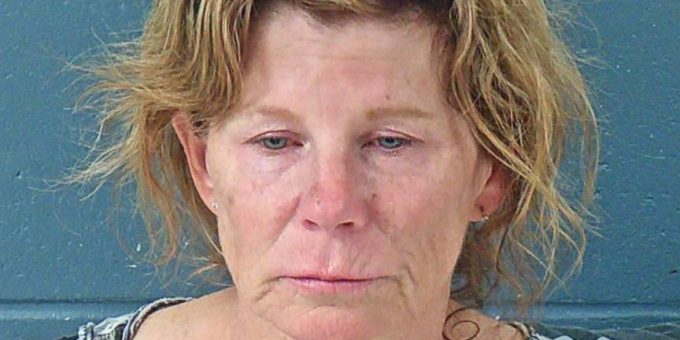 (BEDFORD) – An Indianapolis woman was arrested Saturday afternoon when Bedford Police officers were called to the Super 8 Motel after a reported of a domestic fight.

According to Chief Terry Moore, when officers arrived they spoke with a male who reported 54-year-old Tammy Green was upset with him and had scratched and hit him.

“The victim requested no charges to be filed and only requested that Tammy leave,” said Chief Moore. “While speaking with Tammy she showed usual signs of intoxication, so she called a friend for a ride home.”

While waiting on the ride, Green requested to get her belongings from the vehicle she and the victim were traveling in. While retrieving those items she started arguing with the male.

“Officers asked Tammy several times to lower her voice and after several minutes of continued arguing and refusing to comply with officers they attempted to place handcuffs on her,” said Chief Moore. “Tammy pulled away and pinned her arms in front of her and up against the vehicle so that officers could not get to her arms.  Officers had to forcibly place her arms behind her back and put handcuffs on her and she was arrested.”

Inside Green’s purse officers found prescription medications not prescribed to her.