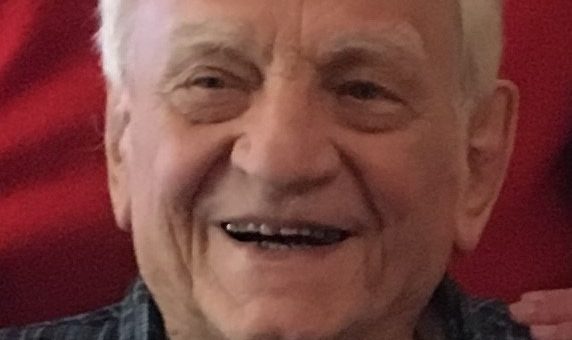 To those who knew and loved him, the world will never quite be the same.

He is preceded in death by his wife of 63 years, Betty Jean, his parents, sisters Margaret Hollis and Charlene Gribben, and brothers Clarence, Herman, Paul, Joe, and Ralph Schackmann.

Don was born on May 30, 1932, at his family farm in Newton, Illinois, the 11 of 12 children, to Edward and Mary Schackmann. He played high school football and excelled at the high jump in track & field, graduated from Newton High School in 1950, played in the Ambraw Valley Boys band, then enlisted in the U.S. Navy in 1952. He served stateside during the Korean War and was stationed in Great Lakes IL, Hutchinson KS, Memphis TN, Norman OK, and San Diego CA. While on leave in Memphis, he met and fell in love with Betty Jean Elkins, whom he claims whistled at him from a bar as he was walking by (a windy story that was often told and immediately refuted by Betty). After corresponding cross-country by letter for two years, they finally married on July 21, 1956 after he finished his active military service. The couple moved to Chicago, where Don worked at the Naval Ordnance Station in Forest Park, IL while he was also in the U.S. Naval Reserve until 1960. After welcoming four daughters from 1957 to 1965, the family moved to Bedford, IN in 1969, where he worked as an Electronics Technician at NWSC Crane for the rest of his career.

Don was an active and dedicated member of NARFE, The Stone City Squares and Rounds, and the American Legion Post 33, and was a dedicated past member of Toastmasters Int’l, Inventors Club, and Marshall Township Volunteer Fire Department. He and Betty ballroom-danced beautifully until just a few years before their passing.

The passing of the family patriarch, just three months after the passing of the matriarch, marks the end of an era. His love of live music and campfires, family contests & Christmas programs, ability to fix anything that was broken, and insistence we all sing one more round of Edelweiss will be so deeply missed.

An outdoor graveside service will occur at 2 p.m. on Saturday, May 30th at Cresthaven Memory Gardens, with Andrew Hartman officiating and where military rites will be provided by Gillen Post #33 American Legion.

Due to COVID 19 the family will host a brief visitation for those who feel comfortable to attend from 11:30 a.m. until 1:30 p.m. on Saturday, May 30th at the Day & Carter Mortuary.

The family would like to thank the caregivers at Stonebridge Health Campus for their extraordinary compassion and care and Southern Care Hospice for their assistance and attention.

In lieu of flowers, donations can be made to the South Central Association of the Visually Impaired (SCAVI).